This post is the continuation of #Puzzled with Autism campaign, which will be running until end of April as it was extended due to highly positive response and demand.

In the first case of autism, Dr. Leo Kanner used the term to diagnose a social and emotional disorder.  Though it wasn't until 1943 that “autism” was used as a diagnostic term, it is certainly not anything new. Indeed, history is full of people who many consider to be or have been somewhere on the autism spectrum. I have picked 10 famous people who most likely you know, but may not have known them as autistic. 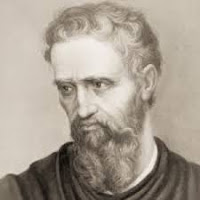 Michelangelo’s artistic genius may have been a symptom of autism.  Michelangelo had obsessional behaviour, a fiery temper, and tendency to be a loner which could be signs of autism.   Michelangelo was also obsessive and followed repetitive routines.  If he did not follow these routines, it would create great frustration.   Michelangelo has been described as strange, without affect, and isolated, as well as being “preoccupied with his own private reality. Such characteristics, all of which were determined through dozens of contemporary notes and letters, are consistent with those with high-functioning autism and may have helped him become the creatively artistic individual he is famous for.

Evidence from researchers at Cambridge University suggests that Isaac Newton had Asperger’s Syndrome. Newton isolated himself as much as possible and was notoriously awkward when it came to typical daily conversation. He was not good at keeping friends, and relied strongly upon routines. Lastly, there are a number of reports that suggest that he was often so focused on his work, that he went for days at a time without eating or sleeping.

Wolfgang Amadeus Mozart (27 January 1756 – 5 December 1791) – Classical Composer
Most scholars agree that musical maestro Wolfgang Amadeus Mozart was somewhere on the spectrum. Mozart was allegedly extremely sensitive to loud noises, had a notoriously short attention span, and could fly through a cycle of facial expressions within seconds. In one well-documented incident, a bored Mozart began doing cartwheels and vaults over tables while meowing loudly like a cat.

Trinity College professor Michael Fitzgerald, a leading psychiatrist, researched and published a paper concluding that Charles Darwin had Asperger’s Syndrome. There are records from Darwin’s childhood that state he was a very quiet and isolated child, who avoided interaction with others as much as he could. Like so many others with Asperger’s, he sought alternative ways of communicating, such as writing letters. He had fixations with certain topics like chemistry, but was a very visual thinker — all traits of someone on the autism spectrum.

Albert Einstein (14 March 1879 – 18 April 1955) – Scientist & Mathematician
Perhaps the most famous scientist and mathematician in history, Albert Einstein had a number of interesting and possibly telling characteristics. For one, he had trouble socializing, especially as an adult. As a child, he experienced severe speech delays and later echolalia, or the habit of repeating sentences to himself. And of course, there is the fact that Einstein was incredibly technical. Such characteristics have led many experts to conclude that he appeared somewhere on the autism spectrum.

Woody Allen (1 December 1935 – present) - American Director, Writer, Actor, and Comedian
Though it has never been explicitly stated that three-time Oscar winner Woody Allen is on the Autism Spectrum, both Allen himself and various experts seem to agree that that’s likely the case. The writer, director, actor, and musician is well known for his quirky ways. As Allen has stated, “I am a neurotic in a more benign way. I mean, I have a lot of neurotic habits. I don’t like to go into elevators, I don’t go through tunnels, I like the drain in the shower to be in the corner and not in the middle.”

Sir Anthony Hopkins (31 December 1937 – present) - Welsh Actor, Director, and Producer
On a list of the greatest living actors, Sir Anthony Hopkins would almost certainly be included. The actor, who won an Oscar for portraying Hannibal Lector in The Silence of the Lambs, has been diagnosed with high-functioning Asperger’s Syndrome (though Hopkins hasn’t said at what point in his life he received the diagnosis). When talking about the way being on the Autism Spectrum affects him, Hopkins says, “I don’t go to parties, I don’t have many friends, but I do like people.” 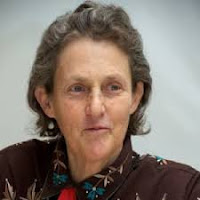 Temple Grandin, who revolutionized the livestock industry with her focus on the humane treatment of animals, was diagnosed with autism as a child. Grandin earned countless accolades, including a doctoral degree, and her life inspired an Emmy award winning HBO film starring Claire Danes. She is one of the first individuals on the autism spectrum to publicly share insights from her personal experience of autism. She also invented the "hug box" - device to calm those on the autism spectrum. In fact, Grandin is one of many women diagnosed with autism who have gone on to break down barriers across fields ranging from entertainment to anthropology.

In April 2009, Susan Boyle, a middle-aged church volunteer from a small town in Scotland, auditioned for Britain's Got Talent with her favourite song "I Dreamed a Dream"—and more than 200 million video views later, she had captured the attention of the world for her soaring vocals and humble personality. Though she didn't win, Boyle went on to release seven albums, including 2009's I Dreamed A Dream, which became the fastest selling UK debut of all time and skyrocketed to the top of the Billboard charts. The rise to fame came as a surprise to Boyle, who was often bullied as a child. It wasn't until she turned 51 that she was diagnosed with Asperger's syndrome. Boyle has gone on to headline her own international singing tour, appear in everything from a musical based on her own life to Zoolander 2, and has even performed for the Queen.

When she was just 15, Applegate became the first British woman with Asperger's to win a gold medal at the Paralympic Games. She brought home the gold for the Women's 200m freestyle at the London games and went on to win three more medals the following year at the IPC World Championships in Montreal: gold in the 200m freestyle, silver in the 200m medley, and bronze in the 100m freestyle. Applegate dipped into a pool for the first time when she was just a few months old when her mother took her to a local swimming club. By age 10, Applegate began competing regularly, and she has gone on to shatter records, all while visiting schools and swim groups across the UK to share her inspiring story.

These are just a few famous people among thousands of talented autistic. Who do you find the most inspirational? Always happy to hear your thoughts in comments.

Competition is now closed. Congratulations to the winner - Claire from Yorkshire! As usual, choose one prize from below and enjoy thes...