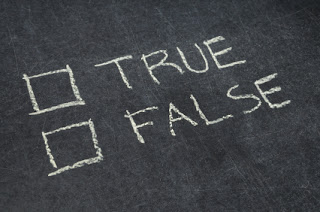 Our Autism Awareness fundraising campaign is running and the word about it is spreading. I'm delighted so many people responded to it and expressed their support. Here is our next blogpost relating to autism discussing the myths surrounding it.

There are so many myths circulating about autism it’s sometimes hard to be sure what’s true, or what autism actually is. But I think that Autism Awareness Month is the perfect time to correct some of people’s misapprehensions—so here’s a handy list busting some of the most common myths about autism:

Myth: Autism is a bad thing.
Truth: Autism isn’t bad or good - it is a condition. While there are some aspects of life that are harder for autistics to deal with, there are also some benefits and positive aspects.

Myth: Autism is an illness.
Truth: Autism is a condition that is present from birth. No one is quite sure what causes it yet, but they think genetics have something to do with it. However, it is most certainly not an illness and can’t be caught from vaccines either.

Myth: Autistic people are unintelligent/stupid.
Truth: Autism brings with it just as many exceptional abilities as challenges. Many people with autism have normal to high IQs and some may excel at math, music or another pursuit. Lots of autistic people have highly intelligent and innovative ways of thinking, just have a great deal of difficulty communicating with the world around them or little interest in doing so. You shouldn’t judge a person based on their autism, just as you shouldn’t judge someone based on their gender or race. And just because someone’s mind works in a way different to yours, that doesn’t mean they are stupid — instead, you could make an effort to understand.

Myth: Only men can be autistic.
Truth: Autism is more commonly diagnosed in men, but it is thought to be equally prevalent among men and women. The reason women are less often diagnosed because autism has traditionally been seen as an extreme form of the male brain, and have lots of male coded traits. Often, autism and women manifests itself differently, including social masking of autistic traits.

Myth: Autism only exists in children.
Truth: Children with autism grow up to become adults with autism. Autism affects people of all ages. It’s previously been ignored in adults, particularly those who have grown up masking their autistic traits. Previously, if you got through childhood without being diagnosed, your autism would go unacknowledged. Now, however, there are more opportunities for late diagnosis becoming available, and many say finding out that they are autistic has changed their lives.

Myth: Autism is caused by bad parenting.
Truth: In the 1950s, there was a theory suggesting that autism was caused by mothers who lacked emotional warmth. This has long been disproved. So far there isn’t explanation what is the cause of autism.

Myth: Autistic can’t feel or express emotions
Truth: Autism doesn’t make an individual unable to feel the emotions you feel, it just makes the person communicate emotions (and perceive your expressions) in different ways. Autism often affects an individual’s ability to understand unspoken interpersonal communication, so someone with autism might not detect sadness based solely on one’s body language or sarcasm in one’s tone of voice. But, when emotions are communicated more directly, people with autism are much more likely to feel empathy and compassion for others. Also, autistic are able to learn ‘reading’ emotions and face expressions.

Would you like to add any more? Which myth affects you most? Share your views in comments.

And... another treat for you from our dedicated Autism Awareness Jewellery Collection - 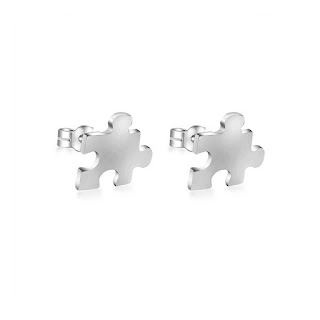 
UPDATE - we have a winner!


Thank you all for taking part in my giveaway which was my first, but certainly not the last!  Keep checking my blog for more competitions coming.

Email ThisBlogThis!Share to TwitterShare to FacebookShare to Pinterest
Labels: Competitions

Competition is now closed. Congratulations to the winner - Claire from Yorkshire! As usual, choose one prize from below and enjoy thes...